My nephew was arrested today. He was freed this evening. He is a member of the press who was covering a small, peaceful protest in Philadelphia. He showed his press credentials yet was detained, as were the protesters. The police confiscated all of the detainees' masks, denying the protection they were responsible enough to wear against community spread of COVID-19.
Earlier today, a friend who is about my nephew's age commented to me that older people now have a chance to redeem themselves for ignoring or resisting the civil rights movements of their time. But I told him that's not what needs redemption.
Far worse is that we assumed the civil rights movements before us could be ignored—as though finished—as we pursued the ones of our time. And so women like myself, who benefited from the work our mothers did, still left a world of inequality and the insidiousness of resentment and fear for our daughters to face. We left a world of inequality and the insidiousness of resentment and fear for people of color to face. We congratulated ourselves for DOMA and moved on to protest for immigrants' rights while leaving a world of inequality and the insidiousness of hate and fear for everyone not gendered in a way society labels as normative.
We have to stop thinking that a civil rights movement is of a time. Civil rights activism, across the board, is for all time.
I am watching on the news lengthy coverage of the looting that is occurring in the vicinity and on the tail of an earlier, peaceful protest in Boston. They are barely remarking on the protest itself. And most critically and awfully they are not mentioning the violence against black people in our country that is spurring protest.
Peaceful protesters are arrested. Members of the press are arrested. People are being killed for being black. And we all are guilty of letting us get to this point.
Posted by Baker's Dozen Press at 11:51 PM 0 comments 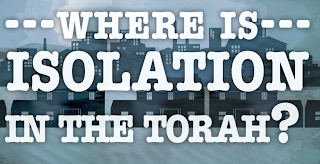 Free Books to Help During Our Shared Crisis

If it’s helpful to have my book that “invites us to use sacred text as a way to change our lives, to become better people, and members of more caring communities;"  or if it’s helpful to have my auto-biographical children’s book on loss — for kids experiencing the #sickness and death of a loved one— and/or its companion #caregiver’s and professional’s DVD, I’m giving copies away for as long as my supply lasts while we are in this crisis together. Shipping on me, too...as long as it’s still possible to ship. Learn more about the books and reach out to me through the contact form on the Baker’s Dozen Press website.
Posted by Baker's Dozen Press at 12:24 PM 0 comments