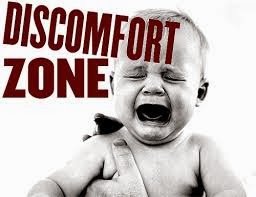 I raised my hand for this particular d’var because I’d never prepared one for Tazria before.  For that matter, no one ever had offered me Tazria.  When you think about it, there may be good reason for that.  What would they say to me?  “I’d like to honor you by asking you to deliver the d’var for the portion about bodily fluid excretions and skin disease?”

Tazria can make people uncomfortable.  But I’m not sure it’s the blood and scaly skin to which we react, so much as how the notions of impurity and its consequences sit with our contemporary sensibilities.

Is discomfort such a bad thing? It’s easy to imagine that it was discomfort—anxiety about life-threatening childbirth, the loss of life-giving and life-sustaining fluids, persistent and spreading disease—that led to the requirements and proscriptions we find in Tazria.  They may not, in our eyes, be perfect solutions. But I believe we can set our customary lenses aside to see that the Israelites took a hard, analytical look, rather than putting on blinders or rose-colored glasses when faced with something uncomfortable.

This has been on my mind since I read in the March 19 Boston Globe that there has been an uproar over the staging of shows with outdated themes—ones that cause us discomfort—in local high schools.  The article by Don Aucoin reported on the “collision between the past and the present, a frequent occurrence in theater as a dated canon meets an increasingly diverse population. The very plays and musicals that outwardly seem like a good fit for high schoolers—because of their tunefulness and large casts and overall buoyancy—are often the most problematic in their depictions of nonwhite characters.”

Do racial stereotypes bother me?  Certainly.  But as a student of literature, the premise of the article also disturbs me.  Enough, in fact, that I posted this response to the article online:

Mr. Aucoin reached the 12th paragraph before acknowledging the key fact that plays are part of our body of literature.  Will we ban Jane Eyre from high school English classrooms, citing its depiction of mental illness, or will we use it as an opportunity to teach more deeply about how the woman in the attic is portrayed?  I hope the latter, and I expect the school theater department to take on the same responsibility. When we stage a school play, I want to believe that we do more than put kids on stage in costume, with lines, tunes and dance steps memorized.  I trust we are seizing the opportunity to teach the literature and what it tells us about society then and now, both to the students participating in the production and to their audience.

It is in part because of the discomfiting madwoman that we should teach Jane Eyre and because of the negative stereotypes in Thoroughly Modern Millie and South Pacific that we should bring them to high school stages.  And talk about the discomfort.  And help to develop a generation that can find better solutions.  The fact is, we all know that we have not fully addressed the issues that generated those stereotypes, and if we ignore them we never will.

Given the age of the Torah text we’re here to discuss, it’s interesting to be talking about the outdated sensibilities of musicals from the 1940s through 1960s. Some of us may react strongly to Tazria’s view of women needing separation after childbirth—with the period of impurity doubled for the birth of a girl in comparison with the birth of a boy.  But instead of letting our discomfort turn us away, if we instead read more closely we could conclude that Tazria was in some ways light years ahead of the musicals from 50 or 60 years ago.

More often read as a double-portion with next week’s Metzora, Tazria does not speak only of ritual impurity and the resulting separation from community.  It also—and Metzora still more—addresses purification and reintegration.  It acknowledges that we differ from each other.  As women and men.  As the ill and the healthy.  As those with skin that looks different from what we consider normal.  But it also confirms that we are one community and the goal is to develop a means to bring us back together.  Tazria confronts us with difficult implications.   But we can learn a great deal about the desire for an integrated community of equals and we can take lessons, good and bad, for continuing to try to achieve that goal.

Again reading closely, we might find an extraordinary sensitivity to the needs of those who may, to modern minds, appear to receive unfair treatment.  In a life packed with requirements and expectations, fundamental both to daily survival and to religious life, when childbirth was regularly life-threatening, it may be a gift to delay re-entry after giving birth and afford the mother time with her child and for herself.  For a person with visible signs of disease on his skin, it may be a blessing to embrace a process, a priest’s oversight and the potential for healing and reintegration, rather than fear unfettered shunning and chaos.

In The Book of Jewish Values, Rabbi Joseph Talushkin writes that the Torah teaches us to break negative patterns. “If you have been hurt,” he explains, “learn how not to hurt. Were you taunted with an ugly nickname as a child?  Were you mocked because of your lack of athletic ability? Have you ever lost out on a job opening because of discrimination? Were you pained because someone spread a malicious rumor about you? Think of how you have suffered, and how you can ensure that those who have contact with you don’t suffer in a similar way.”

This is what it means to face our discomfort.  Look closely at the sources of our pain and sadness so we can bring something better to others.

Look closely at the hardships of giving birth and suffering disease with no protections in place, so we can ensure others have some protections.

Look closely at the negative stereotypes in the vast body of literature available to us, so we can build a better society.

In other words, find learning moments and teaching moments.

Last year, Rabbi Laura Geller wrote on Tazria-Metzora in The Jewish Journal. Her opening read:  “Most people try really hard to avoid having their bar or bat mitzvah on the Shabbat when we read Tazria-Metzora. I know this not only because I am a rabbi, but because this was my bat mitzvah portion.” She goes on to say, “When I was 13, I didn’t understand about human weakness and frailty. I didn’t understand our need for rituals that can support us and help us transform shame and guilt into wholeness again. …  I didn’t know that I would be called upon to create new rituals to help people navigate difficult and complicated transitions. Nor did I know that sometimes it would be necessary for me to intervene in situations where people needed to be quarantined, taken out of the community because they were dangerous to themselves or someone else. … But I know it now.”

In other words, Rabbi Geller came to understand that by looking beneath the discomfort that Tazria raises we can find guidance (and perhaps someone could have helped her begin to learn that when she was becoming a bat mitzvah).

Sometimes, it is enticing to ignore the things that make us squirm, and just move on.  Sometimes, it feels righteous to raise Cain over exposing our children to negative stereotypes. But these would be missed learning opportunities, missed teaching moments.

As I began, I quipped that perhaps I’ve never before been offered the d’var for Tazria because talking about bodily fluids and skin disease hardly seems like an honor.  But that is taking the parasha only skin deep, which does our tradition a great disservice.