This Is Not a Hollywood Story 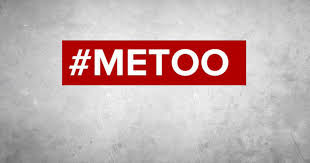 During my freshman year of college, the professor in my small ancient history seminar followed me across campus to my dorm persistently asking me to go out with him. I refused. He thereafter would not allow me to speak in class; grading us 50% on class participation, he dropped mine from an A to a C. I’d never heard of sexual harassment. I didn’t have a vocabulary for what happened and it never occurred to me that I might have recourse. He was a hotshot, charismatic, young (but nearly 20 years my elder) professor on tenure track whom they’d recently snatched from a rival. A few years later, he abruptly was gone. Maybe because someone else was wiser and braver than I. But where did he go? To harass others at another school? I’ve questioned my silence throughout the years since.
~
Also during my freshman year of college, my brother’s best friend showed up at my dorm and tried to push his way into my room. (The buildings weren’t locked back then—we just had keys for our dorm rooms.) He’d driven nearly five hours to get there, and somehow knew where I lived—probably elicited from my brother in an innocent-seeming way. He had a notion that we would have a romantic relationship, though I was 17 and he was ten years older. I managed to keep him out of my room. About this I wasn’t completely quiet; I told my brother. The consequence to the perpetrator was the loss of their friendship.
~
About a year after I’d graduated from college, I was interviewing for a new job. It went well. After the formal interview had ended, I was sitting across the desk from the hiring manager making animated conversation.
He suddenly interrupted me: “You’re wearing an engagement ring.”
“Yes,” I answered.
“You’ll want to go on a honeymoon. Then you’ll want to have children. I can’t hire you.”
I awkwardly said goodbye and left. I never reported him to anyone. I had no understanding that there was anything to report.
~
On the day of the holiday party, months after taking my first ad agency job, someone let me know that the newest young woman on staff was expected to have a slow dance with the firm president at the event each year. That year, it was me. This sounded like a stupid joke (a tame one, in an environment rife with sexually explicit humor). But as the music turned slow, all eyes turned to me in expectation of taking the dance floor in his arms. And I did.
~
When I was pregnant with my first child and working at another ad agency, at review time my direct manager told me they would wait to decide about my annual increase until after it became clear whether my pregnancy would “make me feel sick” and affect my ability to work. By then, I knew a little more. I called a family member who was a labor attorney. She advised that it would be a difficult and extremely long process to try to make a discrimination claim. Instead, I used it as a bargaining chip. The firm was in buy-out and they were laying off junior staff as part of the merger. I told the agency president what had been said to me, and that I wanted to be laid off in lieu of the more junior staff in my department—with generous severance and full medical benefits until the birth of my child. He said yes, and I left with what I needed. But I hadn’t made anything better for the next person.
~
None of this is exceptional. The #MeToo outpouring has demonstrated that the accumulation of these events is an almost-every person experience, and my encounters have been harmless in comparison with the assaults and threats that many have endured. Sexual harassment, discrimination and assault have little to do with the glitter of Hollywood and much to do with the perception of power and its entitlement. I don’t judge those of us who failed to speak up; we did what we thought we could, to protect ourselves as best we knew how. I raised my daughter and my son on a couple of these stories (not all), with the hope of helping them to live a different experience. Now more victims are speaking more loudly and publicly, and their courage may help usher in the era of change that so many of us failed to expedite with our silence. Maybe it will spur us to raise a generation who take on responsibility rather than power. But only if we don’t get sidetracked into thinking that this is about Hollywood moguls, or about wayward politicians. It’s about perceived power, it’s about entitlement, it’s about all of us.
Posted by Baker's Dozen Press at 9:56 AM